Country Archer is a California-based purveyor of beef jerky.

Tillamook Country Smoker, based in Tillamook, Oregon, is one of the four largest purveyors of jerky in the United States.

Based on their belief that the demand letter was frivolous, Tillamook promptly filed this lawsuit seeking a declaration of non-infringement.

Take a look at the comparison images from the Complaint. Are you confused? 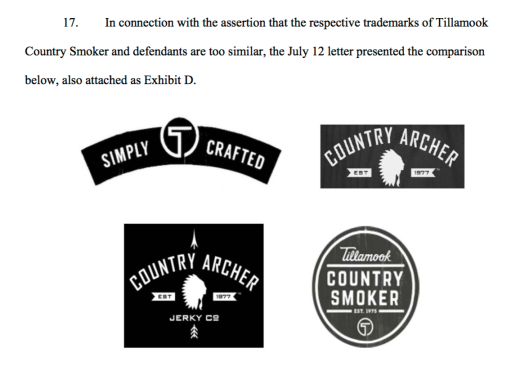 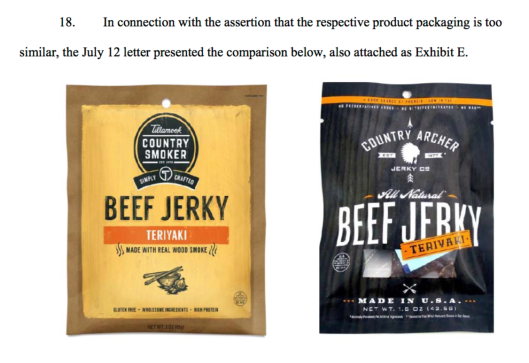