Happy Halloween. On this day when guys, gals, ghosts and ghouls get weird around the world, I got curious who owns the popular Portland phrase “Keep Portland Weird.” Turns out it’s Music Millennium on East Burnside in Portland. Per Music Millennium’s website:

Keep Portland Weird is about supporting local business in the Portland Oregon area. We want to support local business because they make Portland stand out from other cities and make it a more unique place to live. They do this by providing consumers a wide range of products that represent the different cultures that make up Portland.

Actually, Music Millennium only owns the mark inside Oregon and in connection with “stickers, buttons and t-shirts.” Music Millennium’s Oregon trademark application (below) was filed in September 2006 and claims a date of first use of October 2002.

At apparent odds with both Music Millennium’s quirky, populist message and it’s assertion of rights over KEEP PORTLAND WEIRD, Portland-based PFW Productions filed its own related trademark application with the following description:

“The mark is a modification of the public domain “KEEP PORTLAND WEIRD!” image. The words “KEEP” and “WEIRD!” are visibly crossed out and replaced with the words “MAKE” and “RELEVANT!” respectively.” 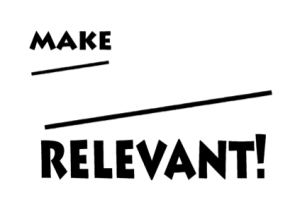 Stay safe out there tonight, folks. Don’t forget to check your candy before eating.